His mind drifted now, where was he exactly?  He had been to this spot before, many times, many years before.  He thought now…who on his crew had he brought out here lately, and would they think to look at this spot?  The spot with no name.  One of those spots that you kept in your back pocket, not one that you would consider a bank that you could come and withdraw from, whenever you needed some Halibut, like the spot christened “Money” many years ago.  But one that would reward you if you were patient.

He had brought his new bride here a dozen years ago.  She who had not fished, did not fish, but, she was fishing because her man was the man with the Hat, and he fished.  It was a bluebird day, easy water, on the way out they could see in the distance, breaking water.  It was advancing on them, rapidly.  As it came closer the air above the breaks was punctuated with flying bodies.  A massive pod of Pacific White-sided Dolphins, maybe five to six hundred strong was passing all around, under and now behind them.  Cartwheeling and cavorting, racing the boat, breaching and carrying on.  The bows wake, a perfect place to cruise along for a while.  Also the perfect place to observe up close, the sleek beauty of these intelligent creatures, their smiles inspiring our own.  As quickly as it had started they passed, and not long after the boat slowed, the no name spot was 325 feet below them.  The rods were ready; it was just a matter of baiting and sending one down.  The man with the Hat moved easily around the boat, his space, he knew it like his own hand.  Explaining and tutoring his new bride in the subtleties of the fishery, he could not help it, always teaching, sharing.   Soon they were comfortable, rod set, the boat eased back, lines straight down, time to relax.  Wanting to increase the odds and enhance the experience, the man with the Hat decided to set out a salmon rod.   With his new wife tapping the bottom for Halibut, he stripped out 42 pulls with 6 oz. and set the rod in the holder, returning to her side.  Smooth sailing so far, everything seemed perfect. He wanted the moment to last forever.

Suddenly the Salmon rod screamed as line barked off at an alarming rate, a big Northern Coho leapt skyward 30 yards from the boat twisting and flashing in the bright sun!  He leapt into action; in a second he was at the bow with the salmon rod in his hand, his new bride set her Hali rod in the holder and quickly joined him.  The fight from the Coho was nothing short of magnificent, the perfect first fish for her he thought, a moment to remember.  As he reached for the net he heard zzz..zz.zzz.. then a short dull thud and plunk at the stern.  While they were fighting the Coho, a Hali got hooked and it peeled off, but the rod in the holder had not been secured, so as the tension increased, the rod went over with the Hali pulling it down and away.  Ok, so shit, damn!  There goes a rod along with the Hali. They still had the Coho to deal with; having drained itself in the fight it was an easy candidate for the net, almost welcoming it.  Celebrations ensued, she was surprised with the high-five but she was learning.  In subsequent outings it was replaced with hugs and kisses- he was learning too.  Returning to the camp with the Coho and the story of the lost rod, the day was etched in his memory.

It would be another two weeks until he returned to that spot.  His bride long since returned home and back to work.  He, having had 4 groups come and go in the interim.  Back again this time with the full fleet of 12 boats spread out over about a square mile, he surveyed the fleet.  One boat caught his attention, an angler leaning over the side of the boat, hand over hand pulling and pulling.  He could not see that they were pulling up line but in a moment, over the radio …. “ I think it’s one of your rods!”  It was.  The rod/reel line combo was ours, its line had been hooked by the guest fishing for Hali, the foam on the handle compressed, the only adverse effect of the pressure from below.  Back at the camp, he took the reel apart, rinsed it in fresh water, greased and reassembled it, returned to the spot the next day, caught a couple Yellow Eye and a Halibut!  He couldn’t wait to tell his bride how they got her rod back!  These were good omens he thought as he waited, if he was to be somewhere, better to be somewhere lucky.  Then he thought heard something, a motor maybe, quite a distance by the sound.  He had, he was sure.

Category: Tales of the Pass 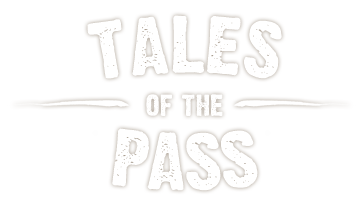